Dawid Kusz – a Dominican, and also a known and respected composer of liturgical music, has just released his new album thanks in part to the Dominican Liturgical Center. The album is a carefully selected review of his work from the last eight years. On Thursday, July 25, a premiere concert took place in Krakow. 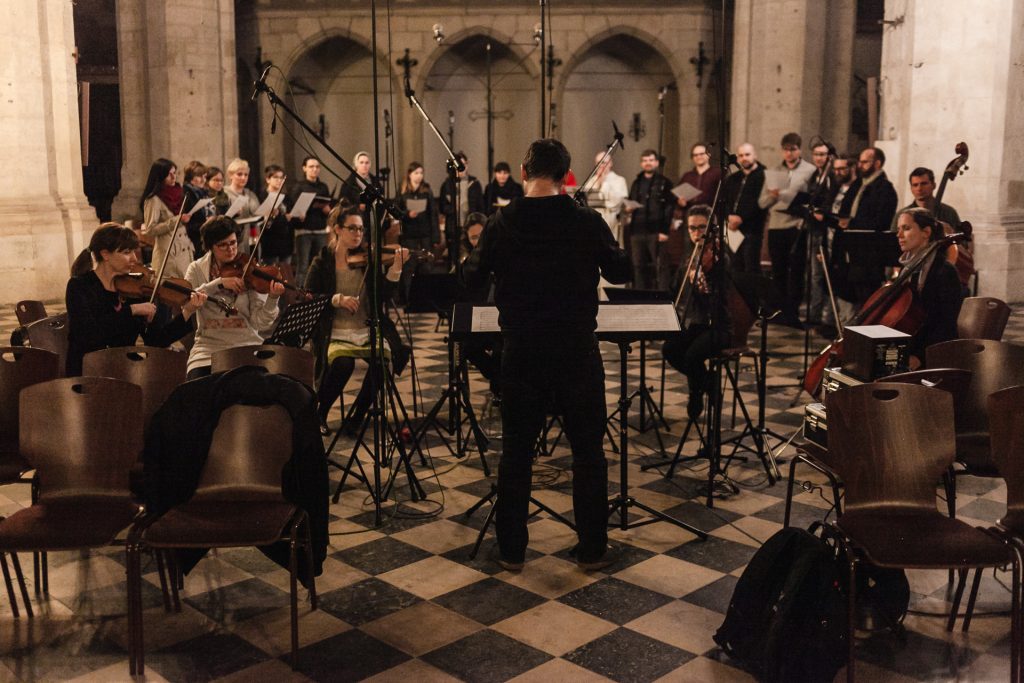 – “It has been 11 years since the release of my last CD, Witaj Maryjo” – Father Kusz writes in his introduction – “I am listening to it writing these words and I remember the great atmosphere that accompanied us at the time. Memories of the album released three years earlier are also returning to me because the album, Song of Hope, was released in 2005. I will never forget the positive emotions and enthusiasm that we experienced during its recording. Although the passing of time and the pace of life meant that I lost contact with some of the people involved in those projects, thanks to the recordings I can listen to their voices still today, and remember these unique, shared moments. It was a really good time,” he adds.

The album consists of works composed for various occasions, including the Mass celebrating the 800th anniversary of the Order of Dominican Fathers, celebrated by Pope Francis on Lateran (Alleluia, the title Ite in mundum); Holy Mass inaugurating the 130th Anniversary of the Academy of Music in Krakow (Acclamation of Praise to You, the Word of God); or cyclical, Advent Liturgical and Music Workshops, organized by the Wroclaw Liturgical Vocal Studies (Missa Vroclaviensis, which, due to the needs of the recording, received a new instrumental “robe”).

In addition, the album Ite in mundum consists of works written for a concert performance, such as: three-part Gloria, referring to the work of English composer John Rutter, was created on the occasion of Schola Domenica’s Jubilee, working at the Żywiec Concathedral and Odszedł Pasterz od nas and Adoramus Te, Christe, the premiere took place in Lublin during the “Lenten Singing” festival in 2018. Other pieces on the album were performed on various occasions and entered the repertoire of well-known Krakow choirs, such as Psalmodia or Camerata Jagiellonia (Salve Regina, Tota pulchra es Maria). This repertoire – as the author himself claims – “although it is difficult and demanding”, can be used in the celebration of the Mass.

The material was recorded mid-year in the extraordinary interior of St. Catherine of Alexandria’s church  in Krakow under the guidance of some of the most talented performers.

– “Recordings are an amazing adventure” – describes Father Dawid Kusz. – “The best moments are when the activities, talents and emotions of many people interweave and interact with each other. They are accompanied by the thought that something new and very personal is being created; something that future generations will listen to. ”

The official premiere of the CD was at a mass celebrated as part of the ongoing Extraordinary Music Workshops on Thursday, July 25 at 20:15 in the Dominican Basilica in Krakow. After the liturgy, some songs from the new album were made public for the first time.

The disc is available for sale online. Also, in August it will be available in the most important online music stores: iTunes, Google Play, Apple Music, Spotify, Tidal and others.

Dawid Kusz – A Dominican, born in 1979 in Rzeszów. He joined the Dominican Order in 1998, and in 2005 he was ordained a priest. He graduated with distinction from the Academy of Music in Krakow from the Department of Creativity, Interpretation and Music Education, at the direction of Art Education in the field of musical art, specialty – Leading Vocal and Vocal-Instrumental Teams and Teaching Musical-Theoretical Subjects. In 2014, he successfully honored his doctorate at the Academy of Music in Krakow in the conducting discipline. In 2012, he began studying composition, first in the class by prof. Zbigniew Bujarski (licentiate), and graduated in 2016 in the class of prof. Józef Rychlik.

He was the conductor of the choir and orchestra during the World Youth Days in Krakow (2016) as well as during the mass which ended the 800th anniversary of the Order of Preachers under the leadership of Pope Francis in Lateran (2017). He is a adjunct lecturer in music and theoretical subjects at the Inter-University Church Music Institute in Krakow and a member of the Archdiocesan Commission of Liturgical Music. 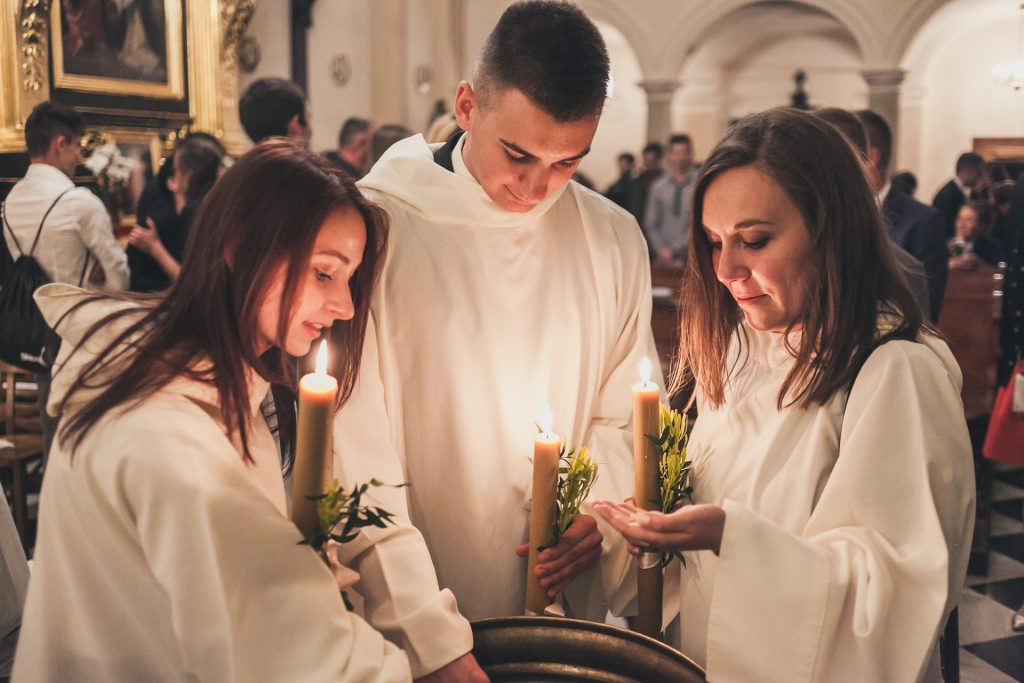