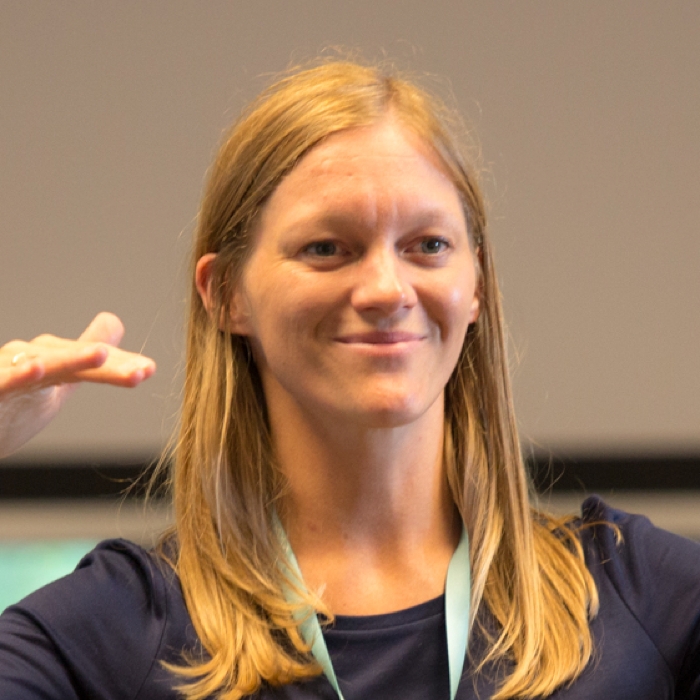 A composer, a conductor and a vocalist. She’s an alumnus of composition at the Chopin University of Music in Warsaw and the Postgraduate Voice Production and Training Programme at the Musical Academy of Bydgoszcz. She composes music for soloists, chamber choirs, choirs and orchestras, also liturgical music.

Her work was performed several times in Poland and abroad, for example at several editions of the Student Forum of Music (i.e. in the Lutosławski Concert Studio at the Polish Radio), during a series of symphonic concerts within the Nova Hereditas project, at many concerts at the Chopin University of Music and also at the concert of Opéra Royal de Wallonie orchestra’s members (Belgium).

She’s connected to a Dominican parish in Służew in Warsaw, where she’s been conducting and singing in a choir for a dozen or so years. Currently, she also conducts a choir in a parish in Stara Iwiczna near Warsaw and Citi Poland Choir. She teaches voice production class in the Dominican noviciate in Warsaw and in Radonie where Dominican nuns live.

She composes liturgical songs, many of which are included in “Incomprehensible Trinity” (Niepojeta Trójco) Hymnal (vol. 1 and 2) and a Carmelite songbook “I want to see God”. Her songs were also recorded on the DLC’s records (Christ’s soul, Marana Tha and Alle psallite). She is one of the founders of the School of Liturgical Singing in Warsaw, where she’s one of the lecturers. She’s an instructor during many liturgical music workshops in Poland and abroad. 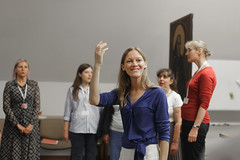 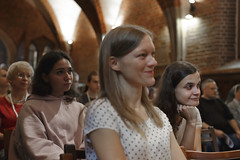 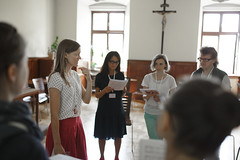 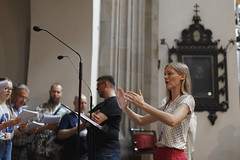 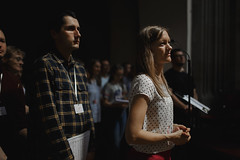 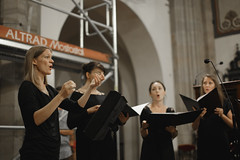 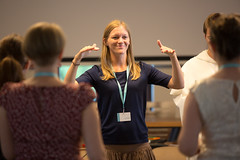 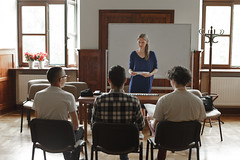