A philosopher and a journalist. He founded a quarterly journal „Christianitas” and was its chief editor for many years. From 1992 to 2008 he was a lecturer at the History of Ancient and Medieval Philosophy Faculty at the Stefan Wyszynski University. From 2008 to 2009 he was a director and a chief editor of Polskie Radio Program II.

He took part in efforts to reinstate access to the classical Roman rite of liturgy. He was a Polish representative at Centre International d’Etudes Litrugigues. In 1999 he founded a journal “Christianitas” and was its chief editor to 2008.

In 2001 he took part in the Fontgombault Liturgical Conference with a participation of cardinal Joseph Ratzinger, which took place in a Benedictine monastery in Fontgombault.

He’s an author of many articles in “Rzeczpospolita”, “Niedziela”, “Ozon” and also “Przewodnik Katolicki”. From 1997 to 2001 he was a member of the Programme Board of Polskie Radio. He’s an author of books: “Historia Mszy” (“The history of Mass”) and “Według Boga czy według świata?” (“According to God or according to world?”). Currently he works on critical editions of the Second Vatican Council’s documents. 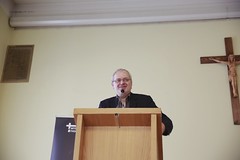 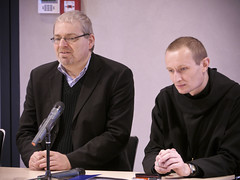