Friday evening at the workshop: Concert by D. Kusz, OP and Sancta Trinitas

On Friday, August 20, participants of the Extraordinary Music Workshops will have the opportunity to listen to a concert of Father Dawid Kusz’s works performed by the Sancta Trinitas chamber ensemble, conducted by the composer. The concert repertoire is a kind of dialogue between tradition and modernity, as it includes works from bygone eras and their contemporary interpretations. 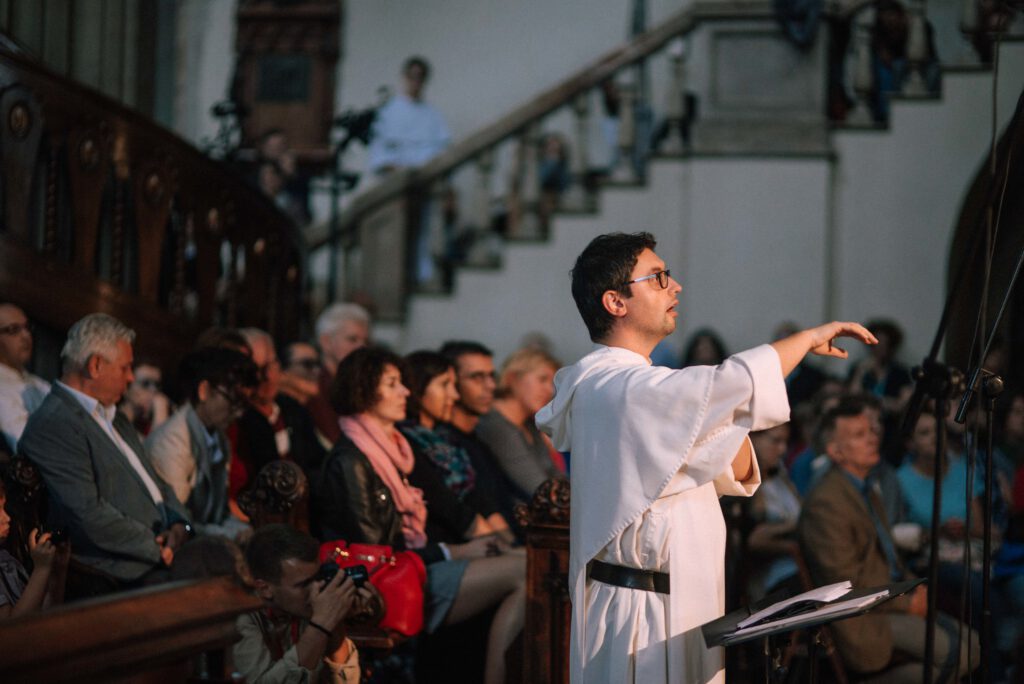 First, we will hear a piece by the Italian composer Francesco Soriano, who lived at the turn of the 17th century, “Ecce Mater Tua”, and then a musical interpretation of the words of Jesus from the Cross, by Father D. Kusz, OP. Then, two mass cycles will be presented: the first is Missa in Honor by Henrici Imperatoris by the forgotten German composer Alojzy Marx (the Mass comes from a collection of musical items in the Archives of the Polish Dominican Province in Krakow) and then the Missa in G minor by Father D. Kusz OP. 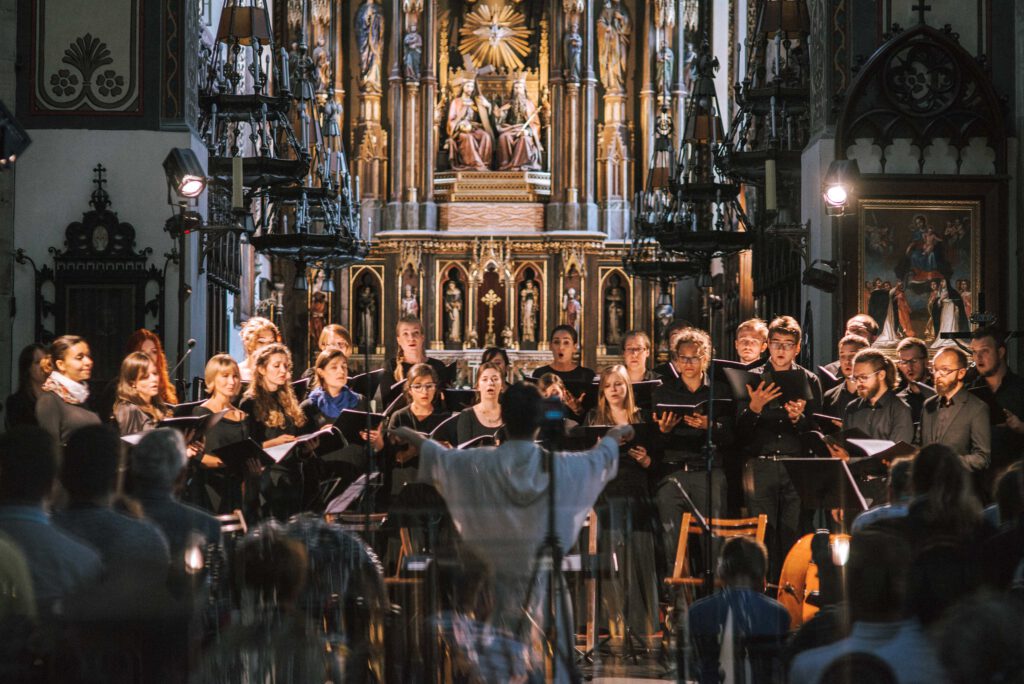 On the other hand, two musical interpretations of the Marian antiphon Alma Redemptoris Mater will take us first into the musical world of the Renaissance era (G. P. da Palestrina), and then into the 21st century (D. Kusz OP). The concert will be crowned with a piece entitled “Prayer to the Mother of God”, written by Father Dawid Kusz, OP, on the occasion of the 100th anniversary of the coronation of the Image of Our Lady of the Rosary, located in the Krakow chapel of the Holy Trinity Basilica.

The event is open, free admission, broadcasting is also planned. The concert will start after the evening Holy Mass, around 8:20 PM. 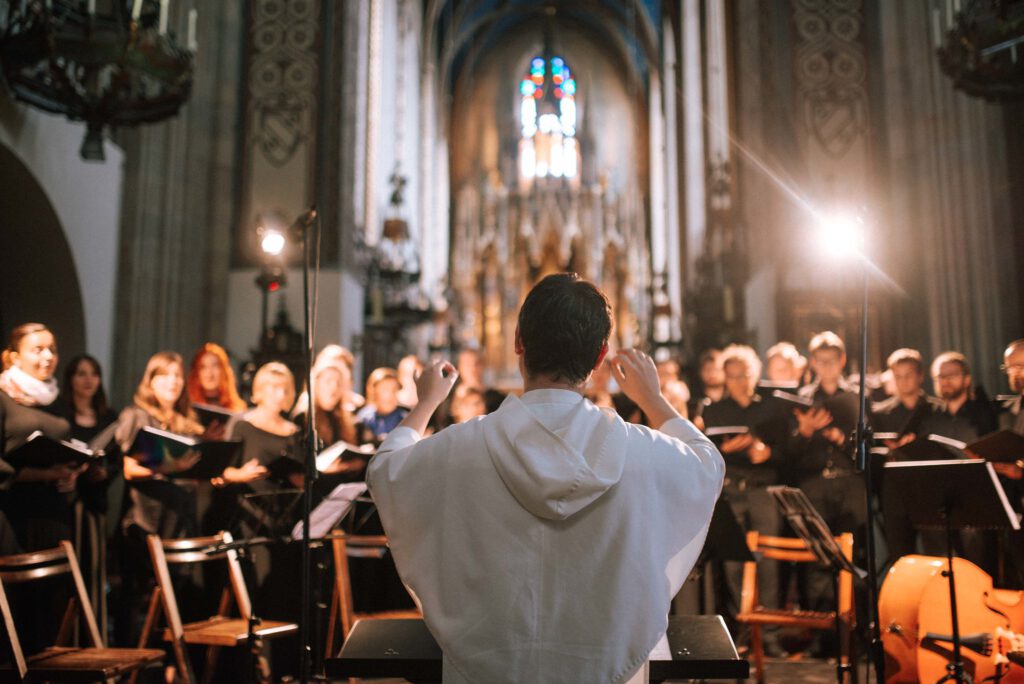 The photos in the announcement, by Joanna Gałuszka, come from the concert of D. Kusz OP and Sancta Trinitas at the end of the Extraordinary Music Workshop in 2017. 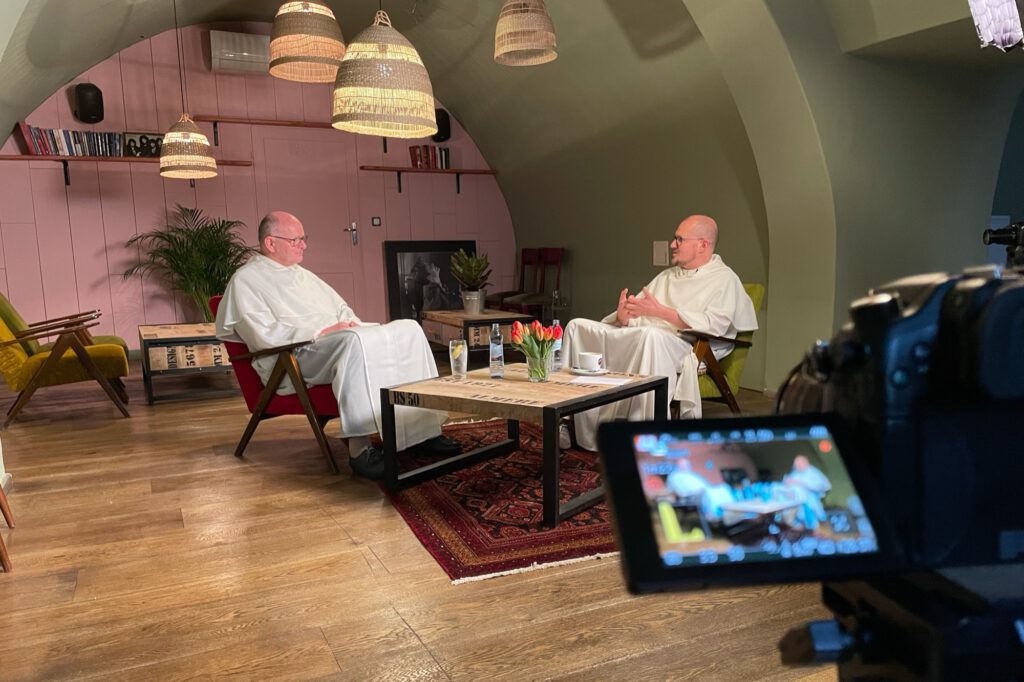 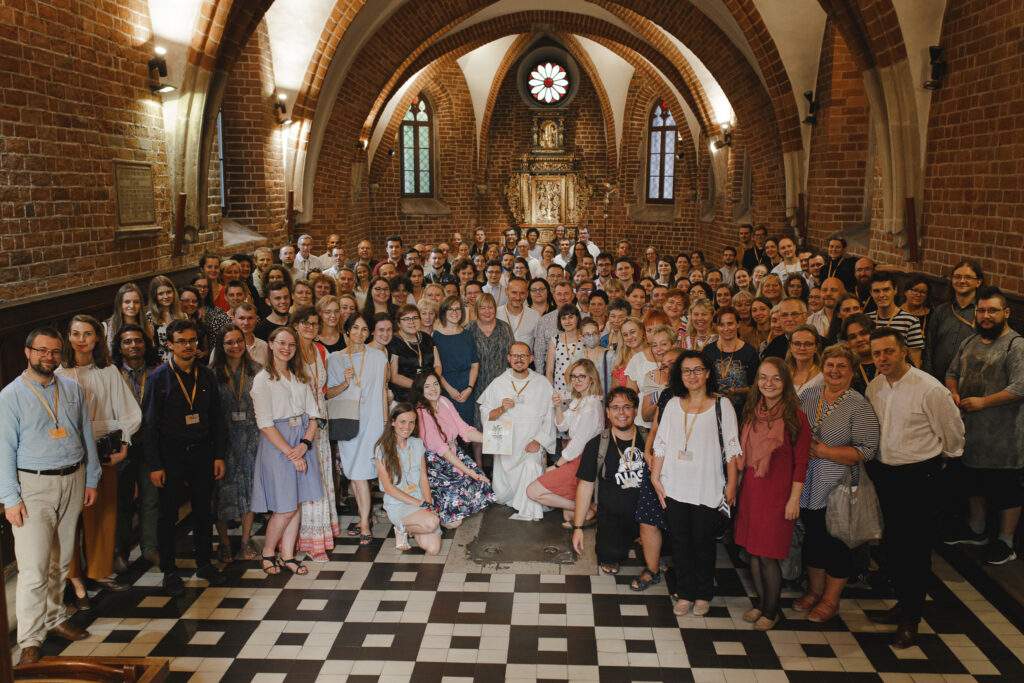